Claudia Conway, daughter of former White House counselor Kellyanne Conway, has been making headlines because of her anti-Trump Tik Tok Videos and her support for movements like Black Lives Matter. We give you a quick overview of Claudia Conway’s activisim and her situation.

The reason why Claudia Conway has been termed “The American Greta Thunberg” is obvious: Both activists are still teenagers and speak openly and bluntly about the causes they champion, reaching a wide audience from their peers up to journalists and political leaders. Both are also polarizing figures. While Conway is hailed by some as a new star of the #Resistance, others decry her as nothing but a rebellious teenager.

Conway speaks openly about her struggles with Covid 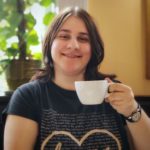 My name is Sandra Sporer. I’m a 27-year-old English Literature student with an interest in gaming, art, books (of course), cinema and history. My love for writing sparked my interest in journalism and I completed a one-year-internship at my local newspaper right after school. From 2018 onward I have been writing articles for CHIP, Focus, How2ForU and other websites.

How to play Skip-Bo: Short description of rules

Skip-Bo is a card game for 2-6 people with set rules. The player who gets rid of all the cards the fastest wins. How to prepare and play the game and what the rules are, you can read in this practice tip. Rules of Skip-Bo Skip-Bo has many decks of cards, which makes the game […]

How to animate on Procreate

With Procreate you can animate drawings on your iPad. You can export your animation as a mp4 video or as a GIF. We will show you how it works.